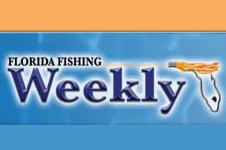 Ask anybody who’s been there and they’ll tell they’ve never seen as many billfish as they have seen of the Pacific Coast of this quite country. A trip to Guatemala is like taking a journey back in time, when the fishing was epic and the road was less traveled. While some of the old hot spots simply aren’t what they used to be, Guatemala is thriving from a lack of fishing pressure and an unbelievable billfish population. Many of the world’s top billfishermen have discovered Guatemala. As Marlin Magazine wrote in a recent article, “It’s no big secret that the captains and mates in Guatemala see more billfish than anywhere else in the world.” 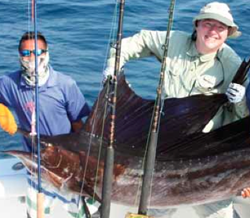 As a physician I always try to order the right thing for my patients. This time I self prescribed an outstanding fishing trip to Guatemala. I have been fishing aggressively in the ocean for thirty years. I used to tournament bill fish in Hawaii and placed fourth in the Maui Halloween tournament. Fifteen years ago I started fly fishing for tarpon, bill fish and salmon. I have fished extensively in Costa Rica during the last six years. 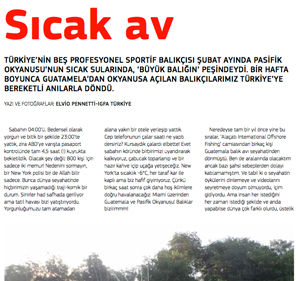 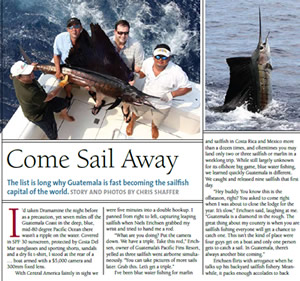 The list is long why Guatemala is fast becoming the sailfish capital of the world.

Story and photos by Chris Shaffer
“What are you doing? Put the camera down. We have a triple. Take this rod,” Erichsen, owner of Guatemala’s Pacific Fins Resort, yelled as three sailfish went airborne simultaneously. “You can take pictures of more sails later. Grab this. Let’s get a triple.” 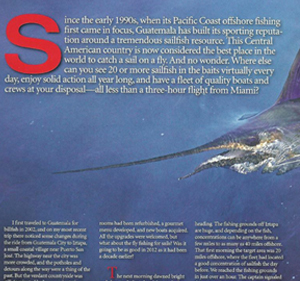 Story and photos by Gary Kramer