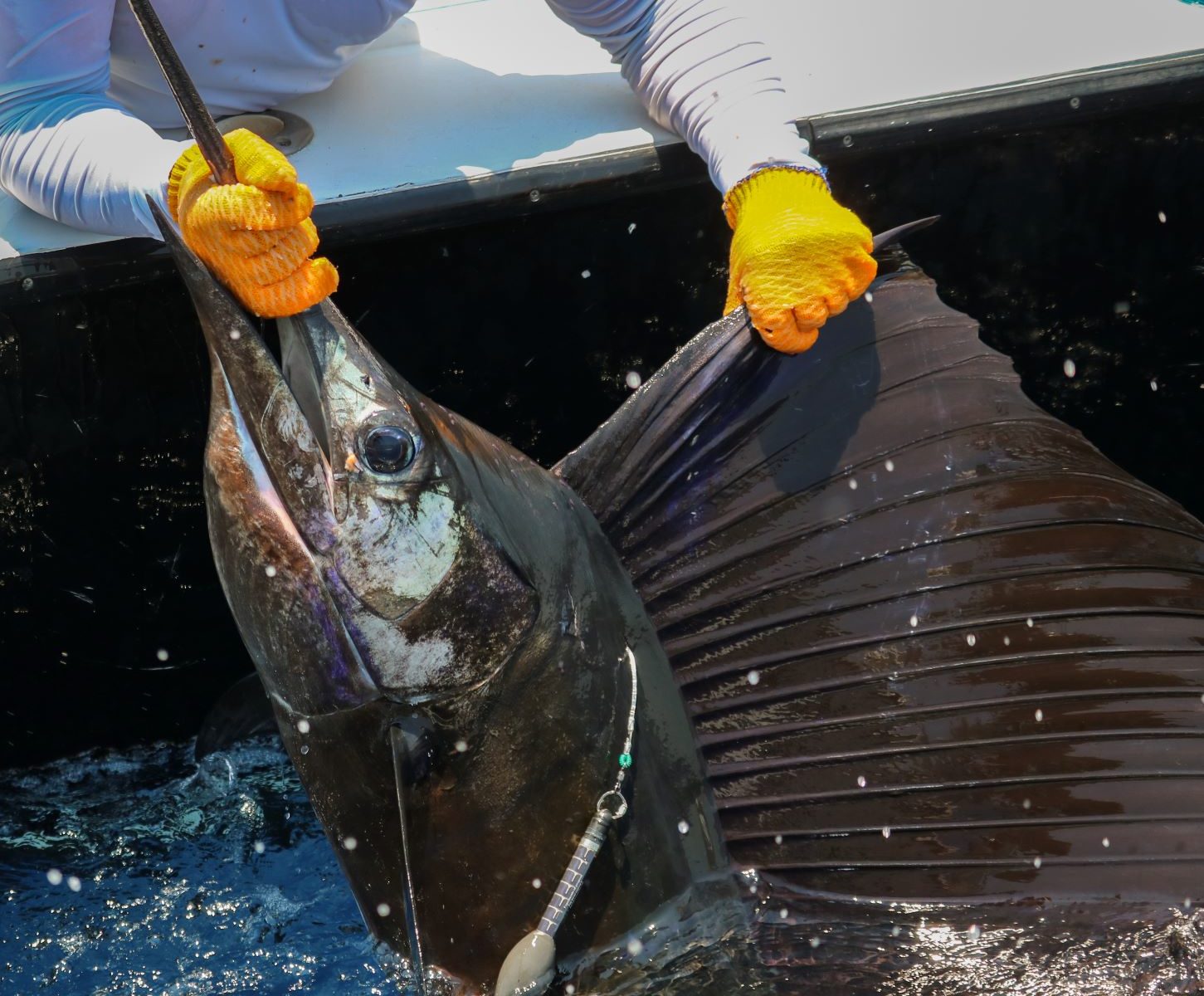 In April 2018 at the Guatemala Celebrity Pro-am invitation fishing tournament, University of Miami researchers deployed 10 satellite tags off the coast of Guatemala to study the behavior and habitat use of sailfish in the Eastern Pacific Ocean (EPO). Of the 10 satellite tags, 7 produced high quality data sets while 1 tagged sailfish was caught by commercial fisherman off Mexico and 1 tagged sailfish died due to post release mortality. The final remaining tag status remains unknown and likely represents a mortality or fishery event.

Sailfish traveled to regions known to be productivity hotspots such as the San Jose Canyon off the coast of Guatemala and the Tehuantepec upwelling system south of the Mexican coast indicated by the darker blue in Figure 1 bottom plot. Tagged sailfish tended to immediately leave the tagging location after the tagging event but only 2 of these made long distance migratory movements outside of the EPO region toward the west. The majority of sailfish stayed in the region with multiple sailfish returning to the relative location where tagging occurred.

The likelihood of sailfish to remain coastal within the Guatemalan economic zone region is critical for management and conservation as measures to protect this species within Guatemala may be more effective than in other locales given the high density of local sailfish. Through regional conservation regulations such as those put in place by the Guatemala Sailfish Conservation Commission, it will be possible to maintain the high catch rates seen historically in the region.