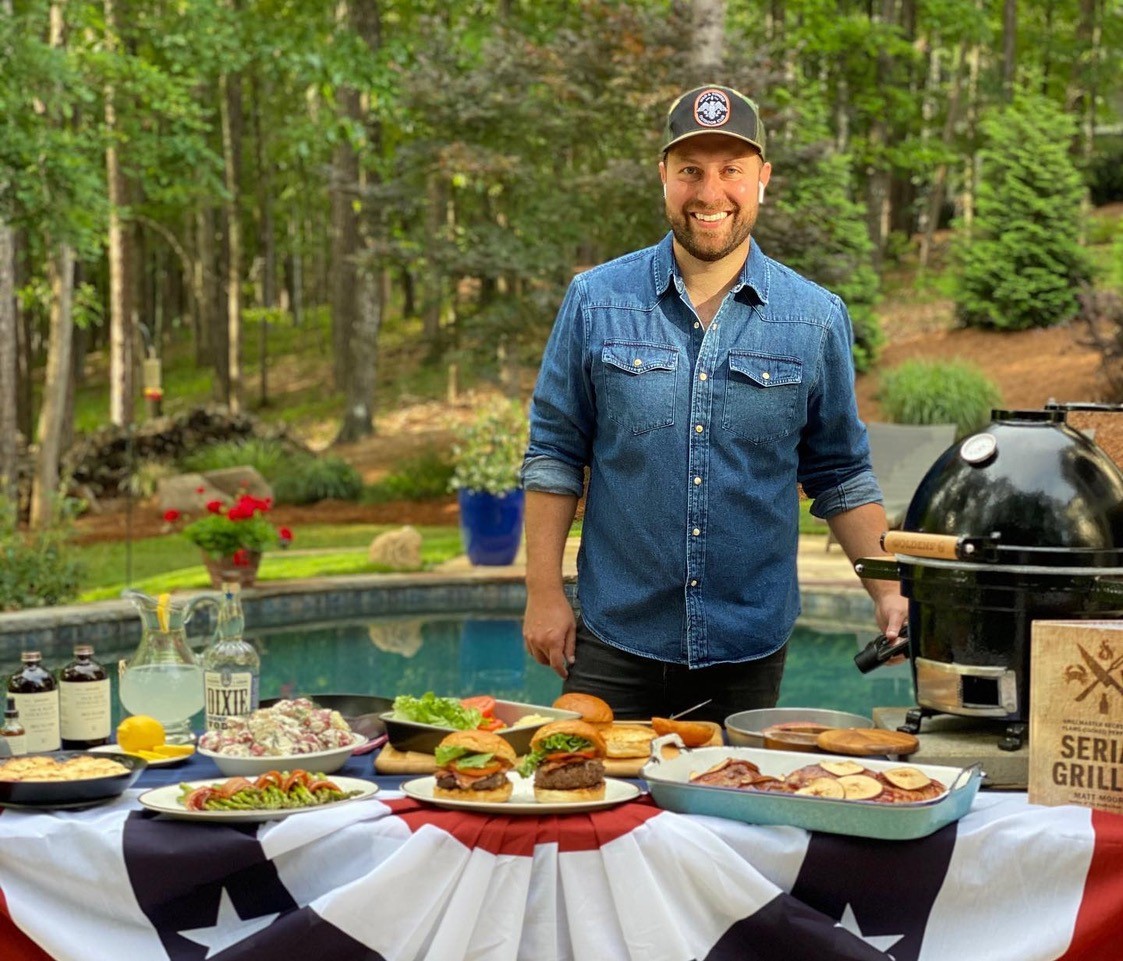 Let the countdown begin! In the coming weeks/months leading up to the 6th Annual Guatemala Billfish Invitational, we will be announcing special guests and sponsors that will take part in this years event.
The Billfish Invitational is excited to welcome Serial Griller, Matt Moore.
Author. Entrepreneur. Cook. Musician. Host. Pilot. Adventurer. Southern Gentleman.
These are just some of the words used to describe Nashville, TN based Matt Moore. Moore’s work has garnered critical acclaim as far reaching as the BBC and CBC to The New York Times, The Wall Street Journal, Washington Post, Atlanta Constitution, Chicago Tribune, People, Southern Living, Redbook, Esquire, Men’s Journal, TODAY, CBS, VH1, FOX, Hallmark, The Art of Manliness, and countless others. As a chef, Moore specializes in updated Southern cuisine with Mediterranean and Middle Eastern influences. He’s also a cast-iron and wild game enthusiast with extensive experience working over live fires.
His first book, Have Her Over for Dinner, a Gentleman’s Guide to Classic, Simple Meals was named one of the years’ best cookbooks by The New York Times. His follow-up, A Southern Gentleman’s Kitchen (TIME INC Books) was released to wide praise and acclaim in the spring of 2015. His best-selling, The South’s Best Butts (TIME INC BOOKS) was named the #1 cookbook of the year by The National BBQ and Grilling Association in 2018. Moore’s latest work, Serial Griller (HMH 2020), has also enjoyed best selling status with a focus on live-fire grilling throughout America. Moore is currently slated to release his next work in 2023.
When he is not cooking, traveling, or writing, Moore is busy running EastWest Bottlers, a boutique fragrance and apothecary company he founded in 2011. To date, Moore maintains a distribution of over 200 retail specialty stores where his fragrances and books are sold. He has negotiated distribution and license agreement in over 30 countries, including big-box stores such as Belk, Dillards, and Bloomingdales – securing license products for Fortune 500 brands, as well as luxury European brands.