Jim Bishop arrived for his 2nd trip in 5 months!  Joining him were Mike Molina and Aubrey Robertson.  Fishing on Sirena for 2 days they raised 65 sailfish, had 56 bites and released 47.

Dylan & Garrett Schopper arrived for 3 days fishing on Maverick.  They raised 71 sailfish, had 64 bites and released 48.  3 of those 48 were 10 lb juveniles which was very interesting.  They also caught 1 Striped marlin, 2 dorado, and 1 yellowfin.  Total mixed bag.

The Diego Pulido group fished with us one day on Sirena.  They raised 7 sailfish, had 6 bites and released 6.

Keith Hopkins returned for the 2nd time.  Joining him were Bill Geary, Jeff Jones, Kevin Morgan, Marcus Sullivan and John Wiley.  Fishing 2 boats on Day 1 and a big boat on Day 2 they raised 73 sailfish, had 65 bites and released 39.

The guys from Alliance One fished 1 day and hit them big time.  Fishing on Sirena they raised 60 sailfish, had 52 bites and released 46!

Fishing is RED Hot!
Bill Buckley II and Bill Buckley III arrived for the 3rd year in a row.  Fishing 3 days on Maverick they raised 87 sailfish, had 83 bites and released 59.

Niels Erichsen and son Ian fished Club Nautico’s V-VI tournament on March 7 and 8 on Danmark.  They raised 79 sailfish, had 70 bites and released 41.  All in all 19 boats in the Tournament, 57 anglers averaged 25 bites per boat on Day 1 averaging 25 bites per boat and 40 bites on Day 2 with several above the 50 bite mark!

Michael Roche & Jeff Brown arrived for 1 day fishing on Canaso II.  They raised 45 sailfish, had 25 bites and released 10 conventional and 1 on fly.

James Zlomke arrived for 3 days fishing on Gypsy.  After Day 1 and Day 2 he raised 54 sailfish, had 27 bites, released 12 conventional and 2 on fly.

END_OF_DOCUMENT_TOKEN_TO_BE_REPLACED

Larry Gury, Ralph Schulz and Mark Koller arrived for the 2nd year in a row.  Fishing on Sirena for 3 days they raised 44 sailfish, had 38 bites and released 31.

Tom, Ed and Marion Francis arrived for 3 days fishing.  Marion wanted to celebrate his 70th birthday catching sails and his two sons treated him to a great adventure.  Fishing on Maverick they raised 33 sailfish, had 22 bites, released 4 sails conventional and 9 on fly!  They also caught 6 yellowfin tuna and 2 dorado.

One of our local congressman fished with us March 29th on Danmark and caught a 350 lb Blue marlin and 10 yellowfin tuna!

A group of local clients fishing on Maverick March 26 raised 11 sailfish, had 11 bites and released 8.

Johnny and Stacey Powers visited again to fish with us.  On Gypsy in 3 days fishing they raised 23 sailfish, had 21 bites, released 15 sailfish, 12 yellowfin tuna and 2 dorado.

A group of local clients fished Aguardiente on March 28th for a 1/2 day and raised 4 sailfish, had 4 bites and released 2.

A couple from Russia visiting Guatemala stopped by the Resort and we had an opening on March 27th on Gypsy between groups.  They raised 4 sailfish, had 3 bites, released 2 sailfish and 2 dorado.

Bill O’Connor, Bill Lambert and Howard Pitts arrived for 3 days of fly fishing on Canaso II.  They raised 55 sailfish, had 28 bites and released 13 on Fly.  They also caught 3 dorado and 4 yellow fin.

The guys from Universal Leaf fished on April 2 and April 5. They fished 1 day on Allure and 1 day on Sirena. They raised 30 sailfish, had 24 bites and released 20.  They also caught 2 dorado.

Bill Tate arrived for 2 days fishing.  On Maverick he raised 34 sailfish, had 28 bites and released 18.

Guatemala continues to be the surest destination on the planet to catch billfish on fly rods. With more raises and bites then anywhere in the world you will have the best opportunity for successin the fertile waters off The Guatemalan Coast.
Mid-April brings warmer temperatures to our area. With those warmer temps the dorado and yellowfin fishing heat up as well. May – August offers the traveling fly angler some of the most diverse fishing in the world. Sailfish, dorado, yellowfin, and marlin are abundant. Read newsletter

Banco Industrial, Guatemala’s largest private bank, celebrated its 45th Anniversary this past February with a five day event that included social, cultural, educational, tourist and sporting activities with their top executives and guest bankers from all over the world. They selected bluewater fishing as one of the sporting activities to be offered and showcased on the leisure day, and relied on Pacific Fins to organize the 12 boat adventure for a total of 56 anglers.  read newsletter

We wanted to take a moment to wish everyone a safe and happy holiday week with your family and friends.

We will be spending Thanksgiving at the Resort with The Richard Parr family from Texas and The Luis Cayo group from California. Both groups are repeat clients and we look forward to spending the Thanksgiving Holiday with them for a great week of food and fishing.  read newsletter

Summer is winding down. The Labor Day weekend is almost upon many of us. As you gather around the TV for the start of College Football or outside next to the grill for that cookout with family and friends – we wanted to give you something to think about. A special offer from Pacific Fins to join us for some spectacular fishing in October & November. These are 2 of the top fishing months in Guatemala and among our captains’ favorite times of the entire year. Read newsletter 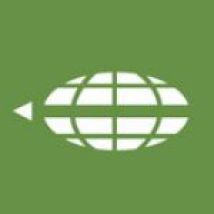 We are pleased to have been selected by photographer Andrew Geiger and The Ex Officio Clothing Company for a saltwater photo shoot at Pacific Fins Resort in March 2012. Read newsletter