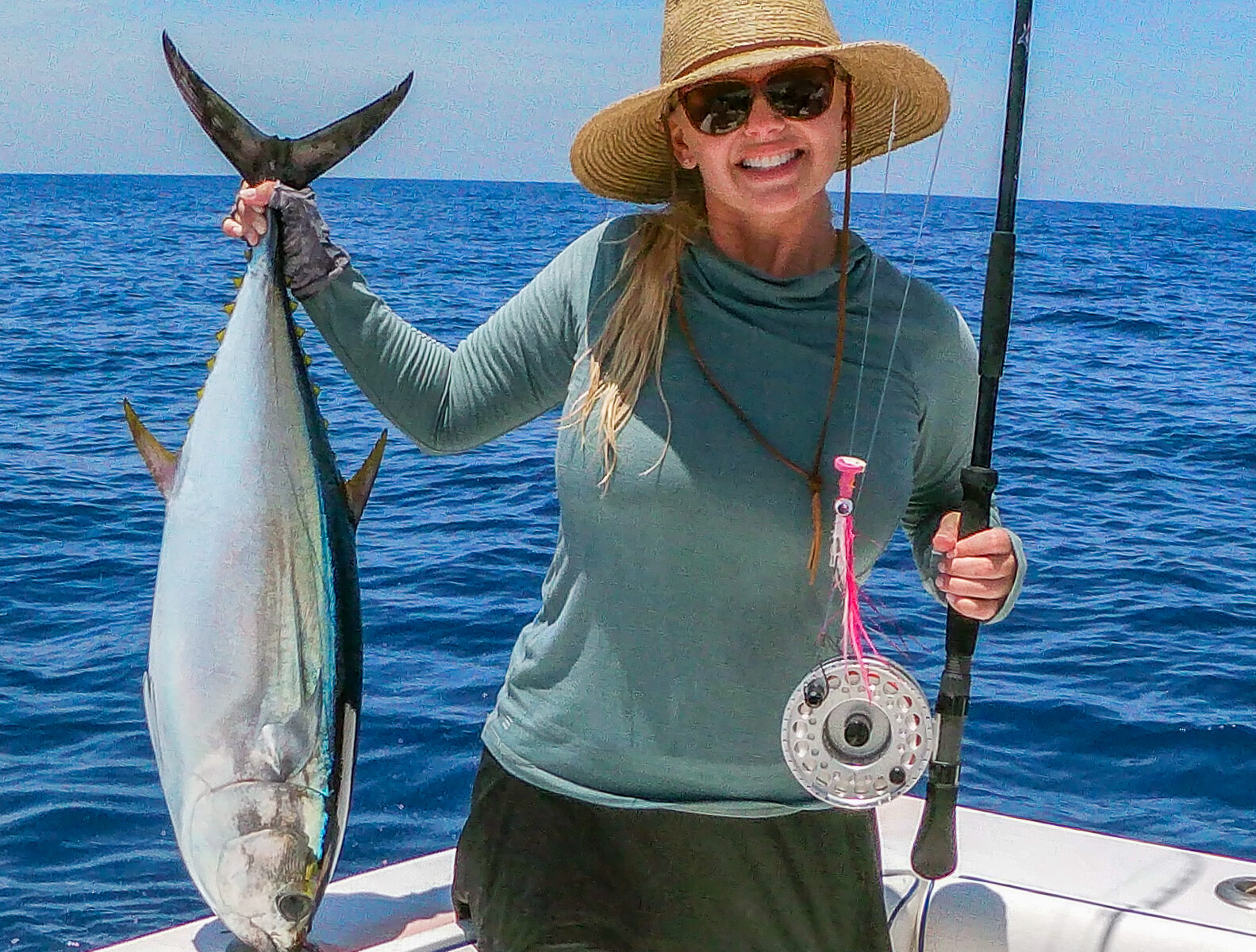 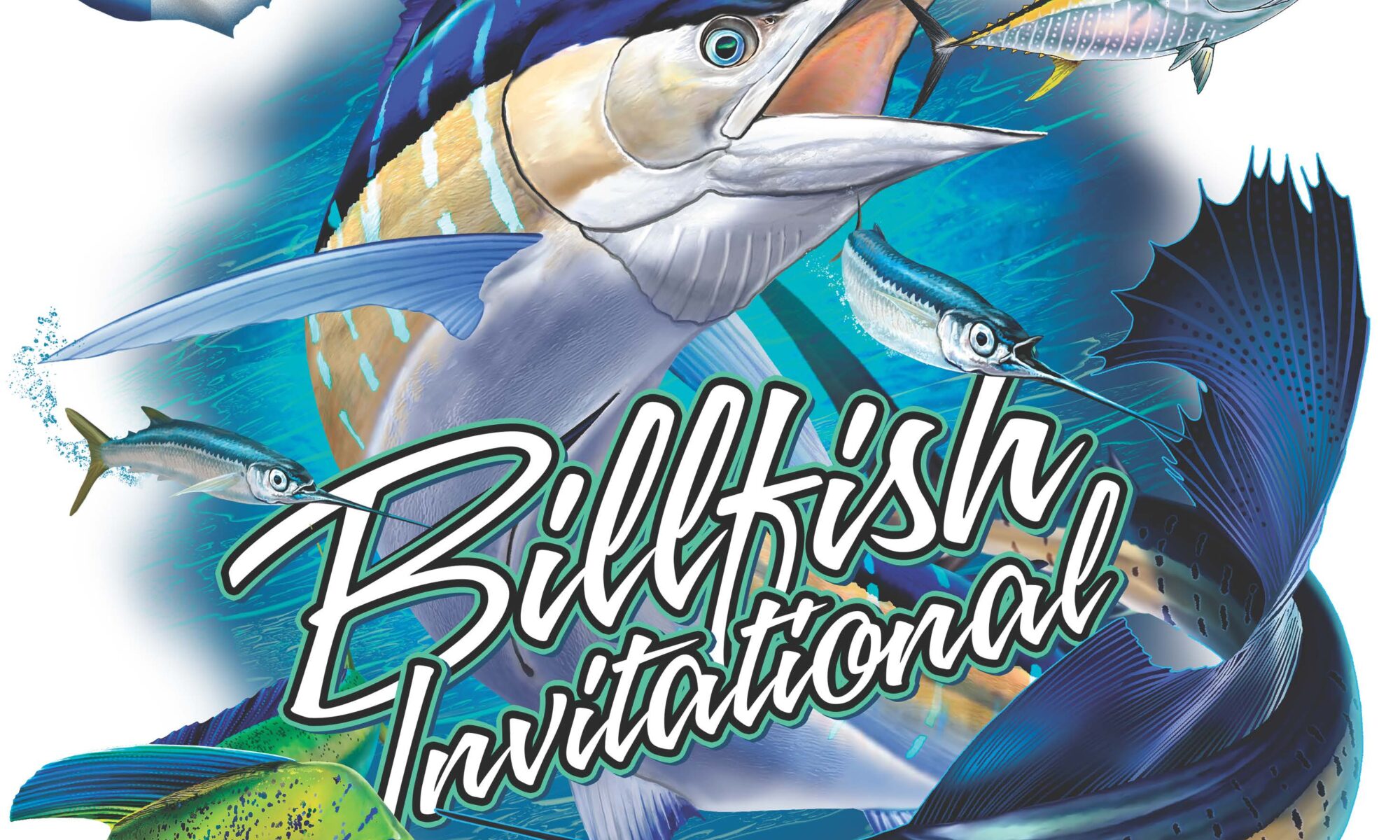 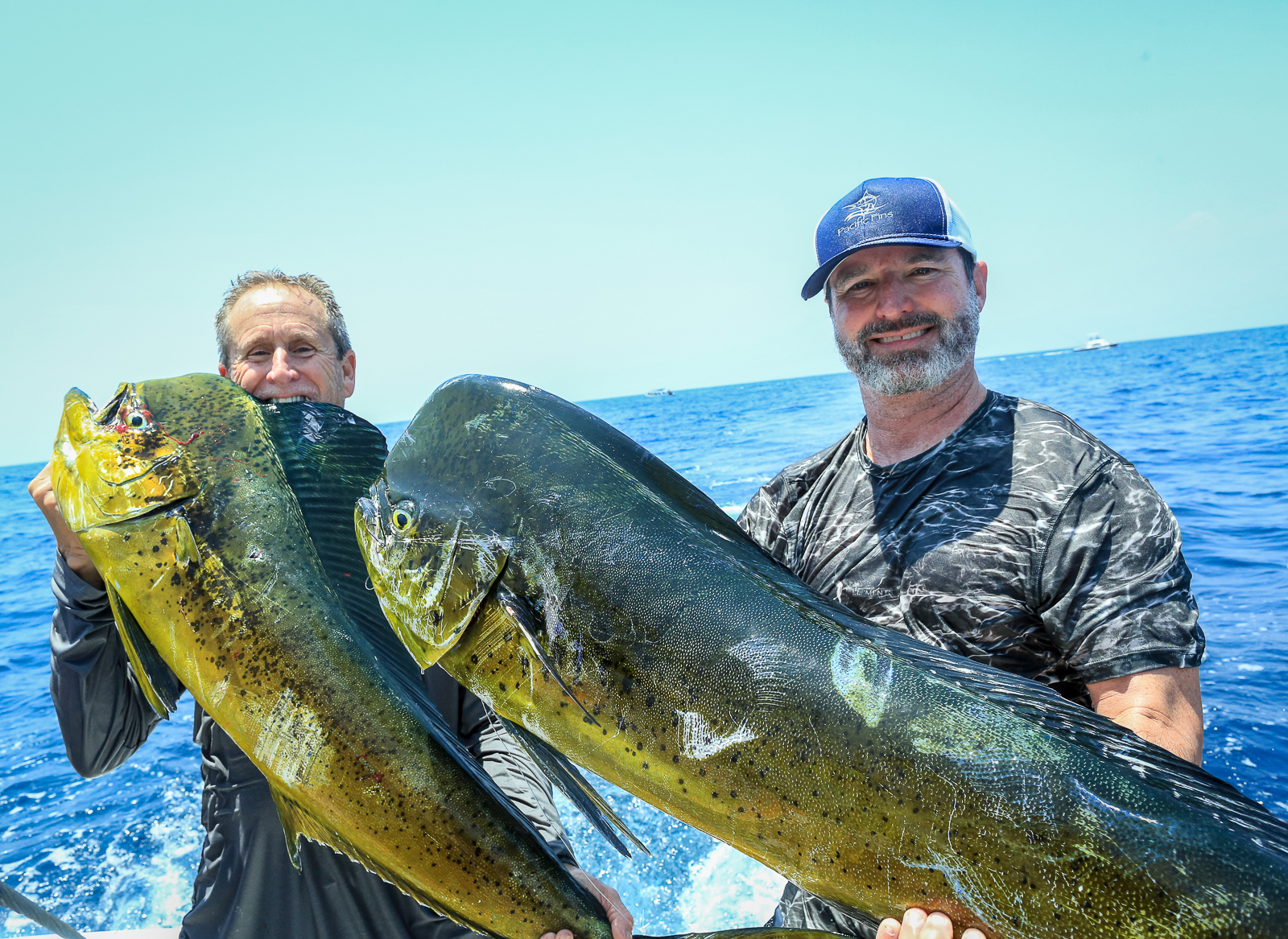 If you love dorado aka mahi-mahi, they are here in full force! Guests are enjoying these great fighting fish throughout the day. And let’s not talk about how tasty they are. A lot of their sizes have been over 30lbs.
As we venture offshore, there is still yellowfin tuna around with the spinner dolphin. Our last newsletter mentioned we were seeing a lot of tuna. I guess now the mixed bag just got better.
Per our fishing report below, it’s been a roller coaster ride out there. Not due to waves, but how the sailfish bite has been lately. There are better days than others, hence why it felt like a roller coaster. Surely not the action we are used to during this time of year. The whole Guatemala fleet feels the same way.
Overall, it’s been really busy for us and everyone is returning back home with great memories and stories to tell. We look forward to welcoming more guests and we are optimistic the sailfish bite will improve very soon.